"They Moved My Blog Without Telling Me!" 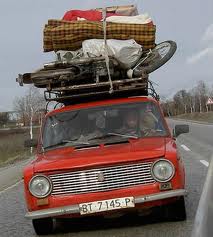 For those of you devoted souls who have been coming to High Concepts in the last few weeks ravenous for some fresh material, I have some good news and some bad news.
The bad news is, I have decided to close the book on High Concepts, which I have enjoyed writing in this space since October 2010.
However, the good news is, you can find me blogging on the arts, entertainment and media over at my new virtual digs on Catholic Exchange.
And for those of you interested in children’s middle grade literature, you can follow my blog at the Kingdom of Patria website.
Thank you High Concepts readers! I look forward to talking with you over at my other blogs soon.
Daniel McInerny
Posted by Daniel McInerny at 8:06 PM No comments:

On Popular Fictions, Or How I Learned to Relax and Enjoy Downton Abbey 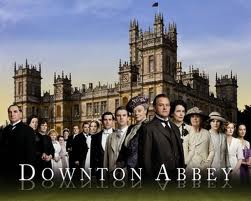 A friend of mine wrote on Facebook about Downton Abbey: “take away the English accents, the bucolic setting, the period costumes, and the antiquated moral code, and you’re left with Days of Our Lives.
So true, I thought at first. Downton Abbey often suffers from severe melodramatic fits.
Such as: the illicit lover who ends up dying in flagrante delicto...the spine-injured war-hero who suddenly and miraculously walks again...the lovers kept apart by social class...the dying fiancée who importunes her betrothed to marry the woman she knows he really loves...the odious newspaper magnate who coerces a young woman into marriage on pains of exposing her awful secret...
Pretty fruity stuff, as Bertie Wooster would say. But how different, really, from plot elements that might be found in Dickens, Wilkie Collins, Trollope, or The Great Gatsby?
Speaking of Dickens and Wilkie Collins. T.S. Eliot (that’s Thomas Stearns Eliot, high-priest of high culture) once wrote an essay called “Wilkie Collins and Dickens.” In this essay about two pre-eminent practitioners of the Victorian potboiler Eliot wrote:
You cannot define Drama and Melodrama so that they shall be reciprocally exclusive; great drama has something melodramatic in it, and the best melodrama partakes of the greatness of drama….It is possible that the artist can be too conscious of his “art.”…We cannot afford to forget that the first—and not one of the least difficult—requirements of either prose or verse is that it should be interesting.
Eliot’s point is that what we enjoy in the best melodramas are qualities inherent to great storytelling itself.
To want one’s nerves rattled, to want one’s comedy laugh-out-loud, to want one’s love stories full of pain and anguish but still, by series end, to culminate in a marriage—these are the natural wants of the human being seeking a story, not the low, vulgar tastes of the great soap-opera watching unwashed who don’t know any better.
G.K. Chesterton echoes the theme in his magnificent book on Dickens (whose 200th birthday, by the way, we celebrate this month). Writing on Dickens’s immense popularity in the mid 19th century, Chesterton first feels a need to address the charge that Dickens’s work is admirable even though he was widely admired. As if being a hugely popular novelist is an automatic strike (or two) against a writer’s literary merit. But for this kind of pretentious bushwah Chesterton holds no truck.
[Dickens’s] power...lay in the fact that he expressed with an energy and brilliancy quite uncommon the things close to the common mind.
But isn’t Chesterton admitting here that Dickens’s work is “common” in the sense of vulgar, addressed to “the mind of the mere mob”? Not at all:
[The] common mind means the mind of all the artists and heroes; or else it would not be common. Plato had the common mind; Dante had the common mind; or that mind was not common. Commonness means the quality common to the saint and the sinner, to the philosopher and the fool; and it was this that Dickens grasped and developed. In everybody there is a certain thing that loves babies, that fears death, that likes sunlight: that thing enjoys Dickens. And everybody does not mean uneducated crowds; everybody means everybody...”
There is a great democratic impulse in Dickens’s devotion to the common mind. As Chesterton puts it, “Dickens never talked down to the people. He talked up to the people.” It is not so much that Dickens wrote what people wanted, but that “Dickens wanted what the people wanted.” And what he wanted were the simple, but not simplistic, truths that reveal our common humanity.
I heard Julian Fellowes, the screenwriter of Downton Abbey (and a Catholic), remark in one of the “extras” that one of the things that most interests him in the story is the way in which it reveals people both “upstairs” and “downstairs” as equals. High birth and money may separate us accidentally, Downton Abbey urges us to see, but life’s dramas will always expose these superficial differences and reveal the common truth that we are all human beings before we are anything else.
And this is what Downton Abbey does at its best: reveal truths common to the saint and the sinner, the philosopher and the fool. Sure, it sometimes sacrifices character and plot development to the quick emotional payoff. But often enough it tells a compelling melodramatic story that Dickens himself might well have enjoyed.
Posted by Daniel McInerny at 4:51 PM No comments:

Can This Be the Catholic Moment in the Arts? 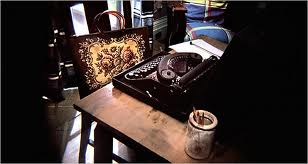 “Irish poets, learn your trade.”
So W.B. Yeats admonished his fellow Irish poets in his celebrated poem, “Under Ben Bulben.” With a slight amendment, it’s an admonition that could well apply to our Catholic artists.
The other day Emily Stimpson, a blogger over at CatholicVote.org, wrote an inspired piece called “Telling the Catholic Story.” In it she laments, after noting certain admirable exceptions, the current state of Catholic art, in particular our storytelling in the media of film, television and literature. Her lament pointed up the question: why aren’t Catholics today known for creating artistic masterpieces, or at least compelling works of art? Stimpson herself has difficulties zeroing in on the reason:
So again, why? Why can’t we match in quality and skill the media being made by our secular counterparts?
I’ve put that question to a lot of smart people over the last couple weeks and the answers they gave were plentiful: a dearth of excellent training programs at faithful Catholic schools, a reluctance and/or inability to invest substantially in high quality media, poor understanding of the medium of media itself, a distrust of Hollywood and the tools of social media, and the misguided belief that what we have to say is so compelling that we don’t need to worry about how we say it.
Those are all good answers. They’re true answers. But I don’t find them entirely satisfying. They explain why the media we’re making now is not up to snuff, but they don’t explain how the Church of the Sistine Chapel and Mozart’s Requiem became the Church of Therese and There Be Dragons.
Catholics once financed and made the greatest works of art the world has ever known. We used the primary mediums of the day—painting, sculpture, literature, and music—to express the beauty and glory of God, the truth about the human person, and the pathos of the human condition. We understood the power of beauty and the power of story, and for centuries, creating art that reflected that understanding came as naturally to Catholic artists as breathing.
Stimpson is right that the various answers she received to her question were all good and true. The diagnosis must certainly be a complex one. Catholic education, the American reception to Vatican II, scorn of Hollywood and the entertainment industry generally, lack of money--all of these are contributing factors to the current Catholic malaise in the arts. I would add that the political culture wars of the last forty years, as crucially important as those have been, have tempted Catholics to neglect the power of art to shape culture. They have led to the distrust of the entertainment industry that Stimpson mentions in her piece.
But there is one other reason for the malaise in Catholic art that I would like to identify, one that I think lies even closer to the nub of the problem:
The absence of a devotion to craft.
I choose the word “devotion” here carefully. Devotion indicates love, passion, total commitment. For the Catholic artist, his or her work must be inspired, first and foremost, by devotion to God. But this is not enough to make a beautiful and powerful work of art. The devotion to God must “spill over” into a devotion to craft. And here I choose the word “craft” carefully. For anyone who writes a novel or poem or screenplay will admit to “loving” what he is doing. But there is far more to a craft than this.
To be devoted to a craft means to submit oneself to a discipline existing outside one’s thoughts and feelings. And such disciplines do not arise out of nowhere. They come into being and flourish within traditions of thought and practice, traditions that often stretch centuries into the past.
In recent decades Catholic artists seem to have forgotten this sense of devotion to a craft tradition. But when one looks to past examples of great Catholic artists, such devotion is everywhere in evidence.
Consider Dante. To be a poet, in Dante’s mind, was to submit oneself to the great minds and works of Greece, Rome, and Christian Europe. Thus The Divine Comedy reflects Dante’s passionate study of Aristotle, Virgil, and St. Thomas Aquinas.
Or consider, to take a somewhat more contemporary example, Flannery O’Connor. O'Connor did not shy away from serving her apprenticeship at the very mainstream secular, but artistically pre-eminent, Iowa Writer's Workshop. She knew that this was where she had to be in order to become excellent at her craft. And the result of her efforts was a strikingly counter-cultural and singular contribution to literature in the 20th century.
What we learn from Dante, O’Connor, and other great Catholic artists is that devotion to craft means disciplining oneself to learning from the best minds that have worked in that craft tradition. Which means seeking out those mentors, and becoming part of those institutions, which embody that tradition in the present-day--not all of which (as we learn from O’Connor’s experience at the Iowa Writer’s Workshop) will be Catholic.
Many Catholic individuals and institutions have recognized this truth. Barbara Nicolosi and her efforts in founding Act One, and John Paul the Great Catholic University and its mission to educate students in the arts and new media, are just two examples that readily come to mind.
But so many more devoted artists are needed.
Catholic artists, learn your trade.


* The photograph at the top is of Flannery O'Connor's writing desk at her home in Milledgeville, Georgia
Posted by Daniel McInerny at 7:34 PM 8 comments:

Email ThisBlogThis!Share to TwitterShare to FacebookShare to Pinterest
Labels: W.B. Yeats Emily Stimpson CatholicVote.org Catholic artists the arts and craft traditions Dante Flannery O'Connor Act One Writing for Hollywood John Paul the Great Catholic University
Older Posts Home
Subscribe to: Posts (Atom)
A man cannot be wise enough to be a great artist without being wise enough to wish to be a philosopher.
G.K. Chesterton 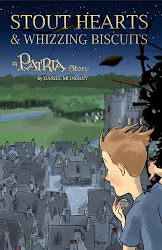 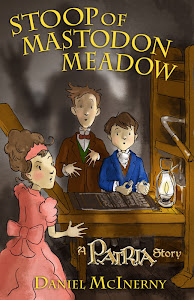